Google just announced Android 9 Pie yesterday ( developer announcement, Pie 9.0 ). One of the historical challenges with many Android devices is getting timely OS updates. After seeing this announcement I was curious what the current Android version distribution looks like right now.

I found two sources that report on that. First up, the Android distribution dashboard. 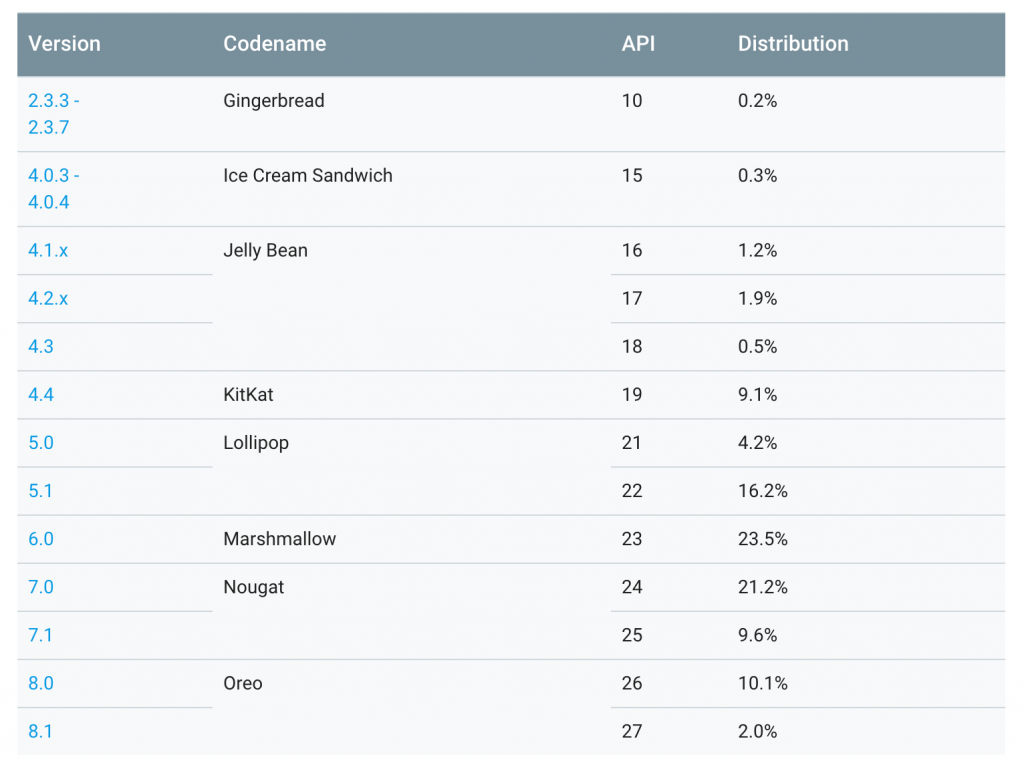 The second source is Statcounter. 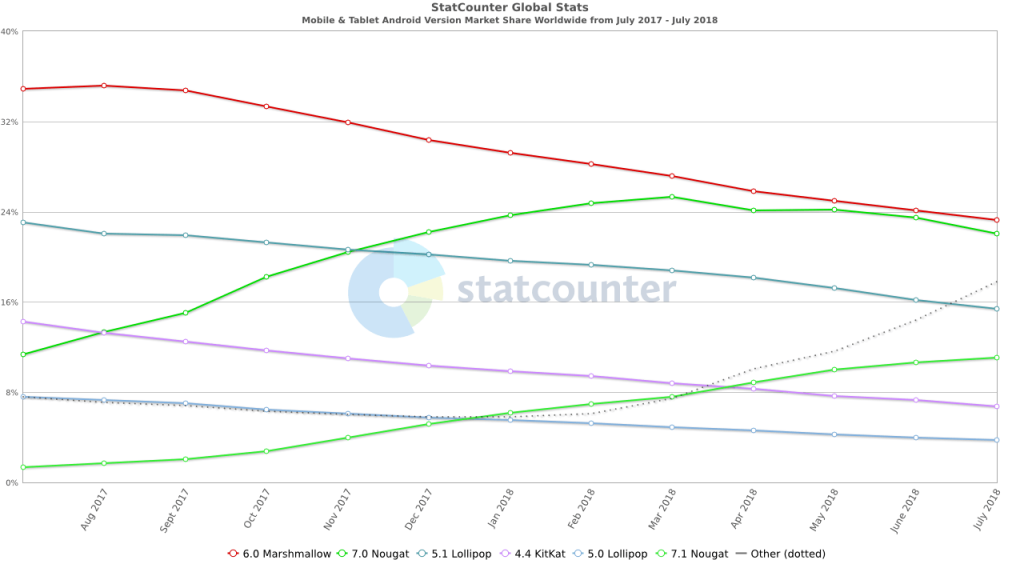 I like that they provide historical data, making it easy to see where the trends are going. In the last year Android 4.4 has gone from 14.2% to 6.7%.

In order to get Android 8.x to show up I had to change the time frame. Here is a chart for the last six months.

It is safe to say that getting major OS updates out in a shorter time frame to more devices is good for everyone. So what would a successful upgrade distribution look like for Android?

The super amazing ultimate goal would be to beat iOS. I don’t see that being even a remote possibly for five years or more, so I will shelve that one for now.

With a yearly release schedule, the one year time frame is a good benchmark to use. Right now Android 8.x is just a few days shy of 1 year old, and stands at 12.1%. Success is if Google can increase that percentage every year.

To put a line in the sand, if in two years the one year percentage for the most recent OS version is over 20%, I’d call that a solid success. That would mean that when Android 11.0 is announced in August 2020, the device version distribution for Android 10.x would be over 20%.