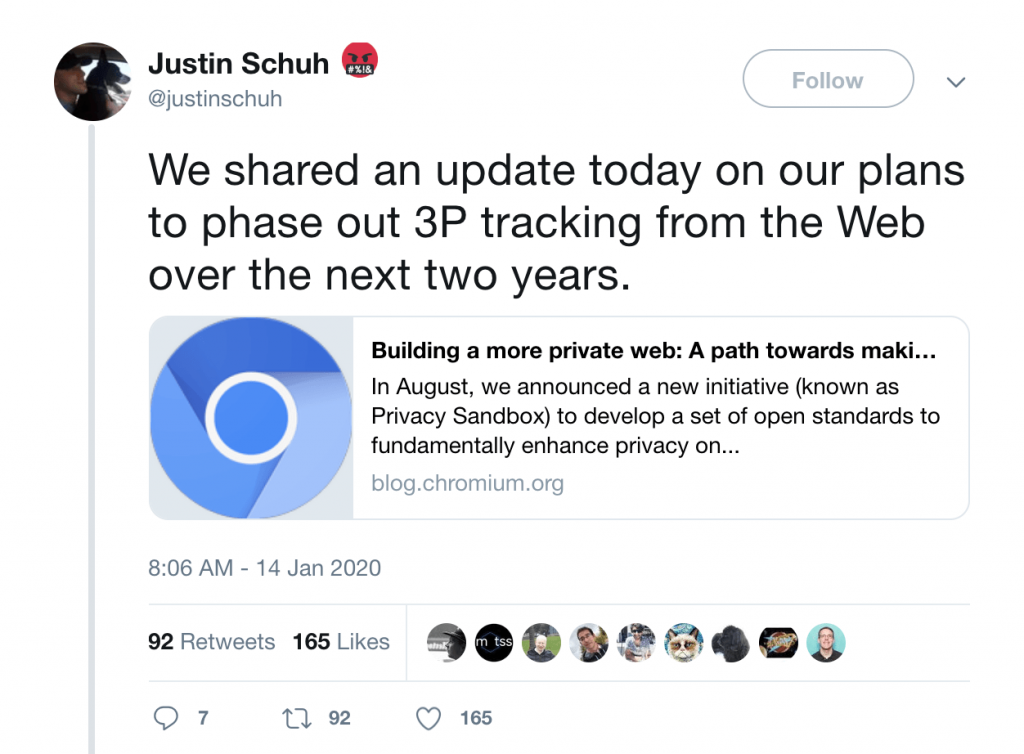 This is indeed very interesting. One thing I can’t help but think is that Google has played this card, knowing very well that it was a nuclear option… which would change everyone’s approach, including them.
So they must have ways to handle this which means that this move is actually a way for them to get rid of other players on the ads/tracking front… maybe Facebook?

Plenty of people thought that one of the reasons Safari ITP happened was to hurt the Google ad business. With that line of thinking, I could see how people would wonder if Google is in turn using this to try and hurt Facebook.

Having enough money in the bank to be able to survive long enough to figure this out may be the difference between who survives and who does not.

[…] all the way back to mid-January when I wrote about The End Of Third Party Cookies On The Web? That was triggered by the Google Chrome announcement that third-party cookies were going away in […]