Remember all the way back to mid-January when I wrote about The End Of Third Party Cookies On The Web? That was triggered by the Google Chrome announcement that third-party cookies were going away in 2022. At the end I noted that I expected Safari would make a similar move, but sooner:

Last week Safari announced that “cookies for cross-site resources are now blocked by default across the board“. That change in defaults is part of the upgrade to Safari 13.1.

Now some may respond with: so what, Chrome is the most popular browser in use today. And they would be right. What they would be missing is that Safari has a nearly 25% share of the browser market on mobile devices: 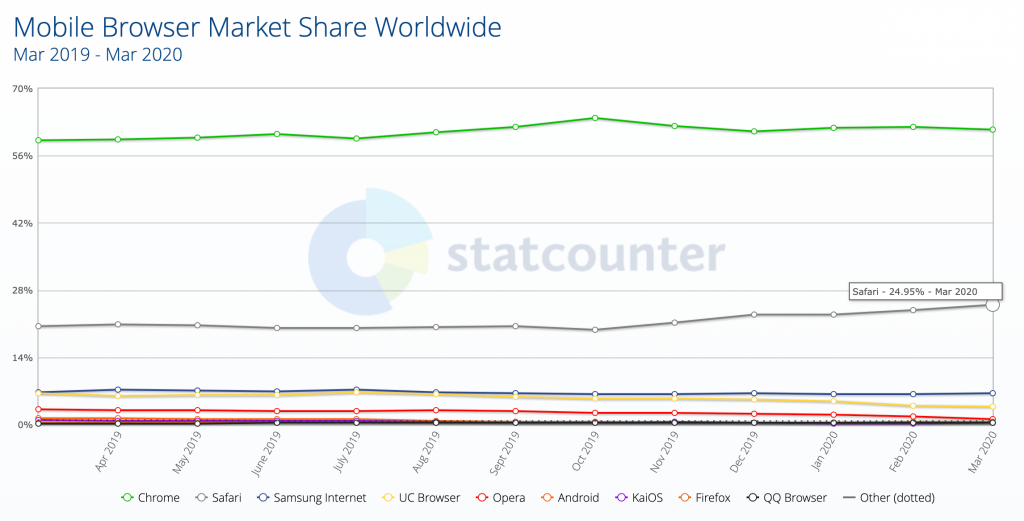 This move by Safari to start blocking third party cookies now is a big deal. Combine that with Chrome doing the same thing in a few years means this is what the future of the web is going to look like.